With Renewable Energies and the use of residues from industries, Brazil is in a good position to produce Sustainable Fuels

In the face of the effects of climate change easily observed around the globe, the need to decarbonise several sectors of the economy and reduce Greenhouse Gas (GHG) emissions is urgent.

In the event “Clean Aviation for Brazil”, promoted by ProQR, the speaker Pietro Mendes of the Brazilian Ministry of Mines and Energy (MME), partner of the ProQR project reaffirmed that importance, stating:

“When we look at the emissions reduction scenario, it is very clear that we need Sustainable Aviation Fuel (SAF) to be able to reduce emissions.”

In fact, the use of Sustainable Aviation Fuel (SAF) is a solution with great potential to significantly reduce emissions from the aviation sector. One way to produce SAF is through a process called Power-to-Liquids (PtL), which uses renewable electricity and synthesis gas, also called Syngas, to produce liquid fuels. The Fischer-Tropsch (FT) process is responsible for the conversion of synthesis gas into hydrocarbons, which can be called Renewable Electrofuels (E-fuels). Syngas is a mixture of carbon monoxide (CO) and hydrogen (H2). This gas can be produced by different routes, including the use of industrial waste as raw material.

Using emissions from industries to produce Synthesis Gas and SAF

This data is important because it helps to determine which locations could be most favourable for the construction of a Sustainable Aviation Fuel (SAF) production plant.

The soybean, corn and sugar cane industries presented the highest potential for synthesis gas production. The study concludes that the Midwest region is the most favorable for the installation of a SAF production plant, followed by the Southeast region. Considering the potential to produce synthesis gas through the listed industries, it would be possible to produce almost 200 million tons of SAF per year, which would significantly reduce GHG emissions if this product were to replace fossil aviation kerosene (QAV).

The transformation of industrial waste of low or no value into products with high added value, as is the case of SAF, is a way to manage this waste. This avoids their waste, their disposal in inappropriate place and ensures that they have a more advantageous destination, which can bring social, environmental and economic benefits. The potential to produce synthesis gas added to Brazil’s favorable conditions in producing renewable electric energy, the two main raw materials for ECR production, puts the country at an advantage in the production of synthetic aviation fuels without climate impacts.

Launch of the Study on Syngas in Webinar on September 21st

Within the virtual event “Feedstocks for Sustainable Fuel Production – The Potential of Syngas in Brazilian Industries”, the study developed in cooperation between the ProQR Project and the Brazilian Energy Research Agency (EPE) will be launched to the public and its results will be debated with partners and interested parties. Find below further information about the event.

Platform: MS Teams (after the event, the recording will be available on YouTube from GIZ Brazil).

Access the available recording of the Webinar in English and Portuguese.

Ruth Barbosa and Bárbara Correa contributed to this article. 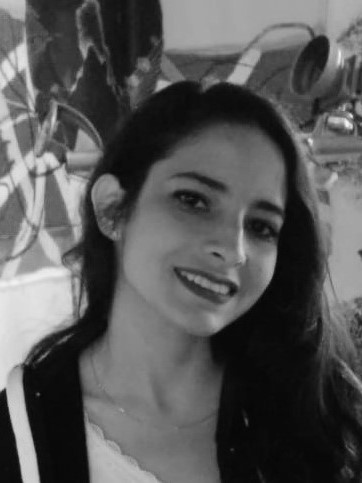 Elizabeth Melo
Subscribe to our newsletter and stay up to date with news and events.