To revive its virus struck economy, the German government agreed on a 130 billion Euro stimulus plan. Measures addressing the transport sector are a key pillar of the plan. With incentives for green technologies in mobility, Germany uses its response and recovery programme to strengthen the transformation in the transport sectors.

The key points regarding transport are:

The transport measures in Germany’s recovery package are fairly comprehensive in comparison to stimulus programmes planned or agreed upon in other major economies in and outside of Europe. The package covers more or less the same action areas as European Commission’s proposed green recovery package. However, not included are aspects like incentivising individual level change in mobility behaviours or walking and cycling promotion.

As the country’s automotive industry is one of the biggest in the world, many experts and NGOs were concerned that subsidies could also be granted for cars with internal combustion engines. This was the case during the financial crisis in 2008/2009. However, the now announced measures nearly solely promote electric and low emission vehicles:

Public transport, in particular, suffered from the crisis with a dramatic decrease in demand and income from passenger fees on the one side and high costs and challenges to meet hygienic requirements on the other. The stimulus package supports public transport with various measures:

Heavy duty vehicles emit as much CO2 as cars in Germany. Although the German truck fleet is comparably young and modern, the combustion engine is by far the dominating technology.

Aviation and shipping are hard to decarbonise but also strongly hit by the crisis. In total 2 billion Euro will be spent on new technologies in these sectors:

In the programme, the role of hydrogen in a post fossil economy was again emphasised. The long-awaited national hydrogen strategy that is planned to be published in the next weeks. In total 7 billion Euro should be used to promote green hydrogen.

The package’s most important instrument to stimulate short-term national consumption is the six months reduction of the VAT (regular: 19% to 16%; reduced 7% to 5%) with a volume of 20 billion Euro. The tax reduction applies to transport related products and services, without distinguishing between environmental and climate aspects. That means, e.g., that also conventional cars with combustion engines will be sold slightly cheaper during the next months.

Conclusion: Setting the framework for a green recovery

The primary focus of Germany’s stimulus programme is clearly responding to the economic impacts of the crisis as well as setting the framework for a recovery. It is not a climate or environmental action plan. Avoidance or reducing of external environmental effects were not the driver of the measures. Nevertheless, most instruments will support an economy that not only able to get back on track but also already pointing in the right direction towards a fossil free future. To really decarbonise the transport sector until 2050 and reach the minus 95% target of CO2 emissions, further and stronger measures will be needed.

In the long term all these measures and subsidies have to be financed – most likely by higher taxes. It will be important to use intelligent taxing instruments to also ensure sustainability incentives from this other side of fiscal policymaking.

The governmental document can be found here [in German].

And check out this overview of all the measures mentioned in the recovery plan:

Contributors to this article are Friedel Sehlleier and Armin Wagner. 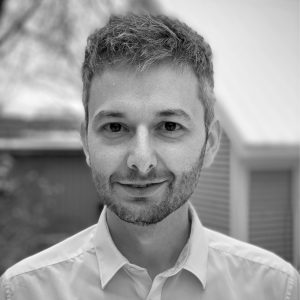