Including the perspectives of Non-EU countries into the debate

The European Union (EU) is committed to become the first climate neutral continent. Renewable electricity is at the centre of this transition. However, for the hard-to-abate sectors, renewable hydrogen (H2) and PtX products such as ammonia and methanol are essential. The European Commission (EC) thus published a series of legislation (Fit for 55, RePowerEU) to make the EU “fit” for this endeavour towards climate neutrality. A very technical – but crucial – part are the so-called “Delegated Acts” (DAs) to the Renewable Energy Directive (RED) II on “Renewable Fuels of Non-Biological Origin” (RFNBOs), for example, renewable H2 and synthetic hydrocarbons like e-kerosene, that could either stimulate or put obstacles in the market ramp-up. This is a close look into these pieces of legislation.

The Delegated Acts on Article 27 and 28 of the RED ll have been discussed heavily as they determine key rules regarding electricity sourcing and greenhouse gas (GHG) emission accounting for RFNBOs, including renewable hydrogen. This article provides context on the DAs, illustrates the main content and includes the results and comments from H2/PtX project developers outside of the EU that participated in a survey conducted by the PtX Hub, Hinicio and Dii Desert Energy on their assessment of the proposed legislation.

The RED ll establishes an overall policy for the production and promotion of energy from renewable sources in the EU. It came into effect in January 2021 and introduces and defines RFNBOs:

In addition, a target of 10 million tonnes of domestic renewable hydrogen production and 10 million tonnes of renewable hydrogen imports by 2030 has been set in the REPowerEU plan. The steadily increasing targets of sustainable aviation fuels (SAF) and the sub-target for synthetic fuels2 in the aviation sector (ReFuelEU Aviation) remained unchanged:

The Delegated Acts on Article 27 and 28 are strongly connected to those ambitions and targets as they specify what RFNBOs are and how they should be produced in order to fall into this fuel category and then be eligible to be credited towards these targets – a specification that did not exist before. Defining criteria for RFNBO production is difficult and rather technical because the energy used should stem from additional renewable capacity explicitly dedicated towards renewable H2/RFNBO and, in general, PtX production. Otherwise, the use of non-additional renewable electricity would indirectly lead to an increase in fossil-based electricity use in other market segments. A balanced approach that favours sustainability and reduces GHG emissions and simultaneously does not hinder the market-up is favourable. At the same time, a wide variety of project set-ups with complicated value chains inside and outside of Europe need to comply with these requirements.

In essence, three different cases are described as illustrated below (Figure 2):

Each of the three cases is linked to requirements that need to be fulfilled. For example, in cases 1 and 3, it is required that the renewable electricity plant started operating no earlier than 36 months before the electrolyser (installation producing RFNBOs).

In case 2, the electrolyser needs to be located in a bidding zone where the average share of renewable grid electricity exceeds 90% in the previous calendar year andproduction does not exceed a maximal number of hours set in relation to the proportion of renewable electricity in the bidding zone.

The requirements in case 3 can be explained with the terms Additionality, and Temporal and Geographical correlation which are summarised below:

Geographical Correlation fulfilled if electrolyser is located in…

For the detailed requirements and the exact wording, please take a look at Article 4 of the DA on Article 27.

For a full understanding of the DA on Article 28, it is important to note that the GHG methodology as well as the accounting for required GHG savings is very much related to the GHG calculation methodology of the RED ll concerning (bio)fuels. The methodology is laid out in detail in the Annex of the RED ll. The DA on Article 28 and its Annex specifies this methodology for RFNBOs and renewable hydrogen. For example, it introduces the new formula element ei (e=emissions) that determines the emissions from the supply of inputs by differentiating between rigid and elastic inputs as well as emissions from “existing use”. It also provides additional standard values to the ones already existing in the RED ll and states that there are no emissions associated to the use of renewable electricity (wind, solar hydro and geothermal). The adapted formula is summarized below and followed by a simplified visualization of where in the supply chain the formula elements may be applied.

The four‑week consultation period of the two DAs ended on 17 June 2022. After adoption by the EC, the Parliament and the Council have two months to formulate any objections. If there are no objections, the DAs will enter into force. In order to certify the products under the requirements of the RED ll, including the DAs, voluntary schemes3 have to translate these requirements into their certification systems and then in turn need to get recognised for that by the EC.

Case studies on the implementation of EU rules on sourcing renewable electricity for RFNBO production: Perspectives of non-EU countries

The requirements set out in the DAs “apply regardless of whether the liquid and gaseous transport fuel of non-biological origin is produced inside or outside the territory of the [European] Union” (Article 6, DA on Article 27). But can these ambitious requirements be met by projects outside of the EU and what are potential obstacles?

The PtX Hub joined forces with Hinicio and Dii Desert Energy to analyse whether the requirements can actually be met in the regulatory system of countries outside of the EU. Therefore, we conducted interviews with project developers and other industry partners and aggregated the feedback received from a questionnaire designed to capture obstacles and open questions concerning the DA on Article 27.

It became clear that there are still unclear aspects in the exact application and interpretation of the criteria in the non-EU context (e.g., definitions of bidding zones or investment aid), but at the same time no criterion was interpreted as a “show-stopper” that would be impossible to fulfil. Below feedback and open questions are summarised and structured by the specific Articles in the DA.

Please be aware that the summary of feedback in the attached document does not necessarily reflect a position of the PtX Hub and of the commissioning institutions or the implementing agency. It rather aims at providing aggregated comments and questions from multiple perspectives from non-EU countries. No feedback directly from the PtX Hub, Hinicio and Dii is included.

[1] In the proposal for a revision of the RED II (RED lll), a greenhouse gas intensity reduction target for 2030 is discussed instead of a target share of renewables in the transport sector.

[2] “Synthetic fuels, e-fuels or Power-to-liquid (PtL) fuels are fuels made from renewable sources other than biomass, e.g. wind and solar power. As a basic explanation, the renewable energy and water are used in an electrolyser to produce hydrogen, which is subsequently synthesised with CO2 into syngas. The resulting syngas is then further processed into fuel”. (EASA: https://www.easa.europa.eu/light/topics/fit-55-and-refueleu-aviation )

[3] The list displays schemes that are currently recognized for biofuels, bioliquids and biomass fuels. These schemes can decide whether they also want to certify H2/RFNBOs under the RED ll requirements and additional schemes may apply to certify these products.

Johanna Friese contributed to this article. 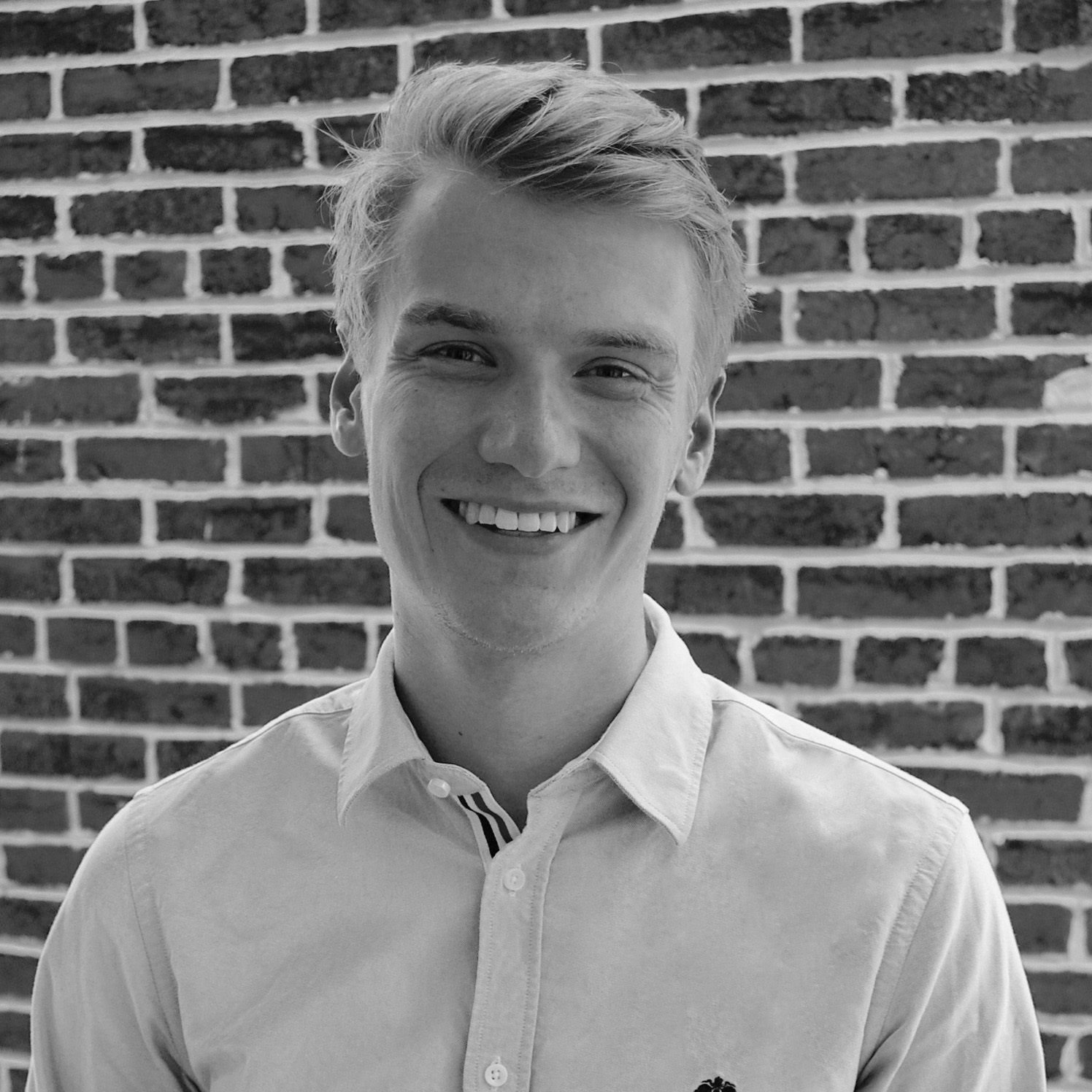 Jan-Hendrik Scheyl
Subscribe to our newsletter and stay up to date with news and events.