When looking back at the 27th annual United Nations Conference on Climate Change (COP27), it is safe to say that announcements of new partnerships, initiatives, deals and pledges for green hydrogen were chasing each other. COP27 marks a massive push for Power-to-X. Particularly for green hydrogen, the climate conference has delivered on its promise to be a “collaboration and implementation COP”.

This year’s host Egypt set Power-to-X high on the agenda. Right at the beginning of the conference and within the World Leaders Summit, the country dedicated a high-level roundtable to the future of green hydrogen. After opening remarks by the Co-Chairs, Egyptian President Abdeh Fattah El-Sisi and German Chancellor Olaf Scholz, world leaders reaffirmed their willingness to work together for ramping-up the global green hydrogen economy.

We are serious about green hydrogen. And we are willing to work with all of you to pool our strengths and needs when it comes to its industrial use. […] Climate neutrality is not just a goal of some but of all of us. Green hydrogen is essential to reach it.

This was the first COP to be held in the Global South for some time, particularly allowing African perspectives to be brought to the discussion. Several events focused on Africa’s potential to become a green hydrogen frontrunner. A report published by the African Green Hydrogen Alliance quantifies this opportunity for Egypt, Kenya, Mauritania, Morocco, Namibia, and South Africa: With the high potential for wind and solar energy, the six countries can meet their own demand for green hydrogen and related products. Production for domestic consumption and export will create millions of jobs and could help to reduce global CO2 emissions by 6.5 gigatonnes until 2050.

In the spotlight: Finance

According to International Energy Agency investments in clean energy projects reach record levels in 2022. With regard to Power-to-X, a recurring theme was how the global community can solve the chicken-and-egg dilemma of demand and production.

To address this and other challenges, the 45 signatories of the Breakthrough Agenda launched a 12-month action plan at COP27. Measures in the area of finance and investment prioritise improved coordination as well as easier access to concessional finance and support mechanisms for green hydrogen projects. A partnership of donor countries and financing institutions plan to review existing international assistance offers and establish mechanisms to also mobilise private finance in developing countries and emerging economies.

In the spotlight: Standards and certification

Currently, we see a patchwork of standards and certification schemes for Power-to-X around the globe. Great attention was therefore on how to set up global sustainability standards and certification for Power-to-X. For instance, the session “Pathways to a Climate-Friendly and Fair Green Hydrogen Economy” in the German pavilion dived into proposals for sustainability criteria developed by European and African civil society actors. The panellists highlighted the importance of incorporating social safeguards in such criteria. Aspects that were touched upon were water stress, land use and biodiversity as well as effective stakeholder participation. Throughout the discussion, emphasis was also on how communities can benefit from local green hydrogen value chains and get secured access to the energy that is produced on their doorstep.

In the spotlight: Shipping and aviation

For the maritime sector, COP27 brought some promising developments towards global zero-emission shipping by 2050. Ten leading organisations from the shipping and green hydrogen sector signed a joined statement committing to the rapid use and production of green hydrogen-based fuels. Green shipping corridors were also put in the spotlight with the Global Maritime Forum and Getting to Zero Coalition publishing their annual progress report. Governments, companies and ports announced more than 20 initiatives that will either decarbonise routes or introduce zero-emission vessels. If those succeed, zero-emission shipping will be an economically viable option in 2030 on all shipping routes.

Shortly before COP27 the assembly of the International Civil Aviation Organization (ICAO) agreed on a collective 2050 net zero long term global aspirational goal (LTAG) for international aviation. Despite not being binding for countries and carriers, the common goal sparked discussions around defossilising air transport, particularly looking into synthetic sustainable aviation fuels (SAF). So did the related session by ICAO, which adressed how collaboration between the aviation sector, green hydrogen industry and among countries can speed up innovation and deployment of SAF. Panellist Christoph Wolff, PtX Hub Special Advisor on Power-to-Liquid SAF, pointed out: “It is a moon-shot and time is super compressed. […] Especially emerging markets need to become producers of SAF as they have natural endowment in biomass and low-cost electricity. They should become the place to invest.”

What role does PtX play for countries’ climate targets?

As stipulated in the Paris Agreement, 166 countries have submitted new or updated Nationally Determined Contributions (NDCs) since COP26. Eight of them include Power-to-X as a way to achieve national climate targets: Mexico, Bolivia, Vietnam, Dominica, Egypt, United Arab Emirates, United Kingdom and Australia. Three more countries mention hydrogen or ammonia in their NDCs. However, as those not explicitly state, if the production is based on renewable energy, it cannot be considered a Power-to-X solution. With those already referring to it, there are now 20 countries that include Power-to-X.

Here we take a closer look at two of those NDCs that include Power-to-X:

To reduce the use of fossil fuels, especially of coal, Vietnam looks into renewable energy sources and low carbon technologies such as hydrogen. Building on its renewable energy potential, the country wants to promote international cooperation in research on technologies and solutions to develop the production of green hydrogen and ammonia fuels for use in power generation, industries and transportation.

Read about the PtX Hub activities in Vietnam here.

The country as host of the COP27 not only set the energy transition high on the conferences’ agenda but also included green hydrogen in their recent NDC update. Egypt wants to decarbonise the industrial sector by using renewable and alternative fuels. By replacing fossil feedstocks with green hydrogen, Egypt plans to produce green ammonia for the nitrogen fertiliser industry.

The road to COP28

Although the climate conference has opened the door a little wider for Power-to-X, we should not lose sight of the bigger picture in the “hydrogen rush”.

Currently hydrogen is almost entirely produced by fossil fuels and production capacities are low. Despite the newly announced projects, those currently under development and in early stages, the world is lagging behind the 80 megatons required by 2030 to be on a 2050 net-zero emissions trajectory. Without proper standards and certification schemes, Power-to-X runs the risk turning from a tool for defossilising economies to one that fuels climate change.

Not to mention that the COP27 agreement fails to call for the phase-down of all fossil fuels and not just coal as requested by India. Although the text reaffirms the results of COP26, it was not broadened to include oil and gas despite the support of 80 countries for this proposal. Hopes are high that India will put the issue on the agenda during its G20 Presidency and engage in discussions on the way to COP28.

The G7 presidency will soon be handed over from Germany to Japan. The G7 Hydrogen Action Pact will then become part of “Pillar 2: Transforming industries” of the newly announced G7 Climate Club. Japan indicated that it will continue some of the workstreams started under the German presidency, such as the activities on certification and finance. With IRENA’s report on recommendations for the pact, the country has a solid basis to build on the G7 commitments to catalyse the global ramp-up of a green hydrogen economy.

With the newly launched Planning for Climate Commission more attention will be brought to improved planning and approval of renewable energy and green hydrogen infrastructure projects. Good prospects when it comes to accelerating the energy transition.

Moreover, UNFCCC will conclude the first Global Stocktake assessing the implementation of the Paris Agreement until next year November. It will show what national governments have achieved so far. We can expect a subsequent wave of NDC updates that will ideally be accompanied by more ambitious targets.

To end on a positive note: The COP28 in Dubai will accelerate the clean energy ambitions in the Middle East and North Africa. Since the United Arab Emirates include green hydrogen in their NDCs, we can expect Power-to-X to play a key role at the next climate conference. Particularly the shipping sector is anticipated to gain great attention, as the Emirates Shipping Association recently signed a Memorandum of Understanding with the International Chamber of Shipping for collaboration towards next year’s COP and beyond. 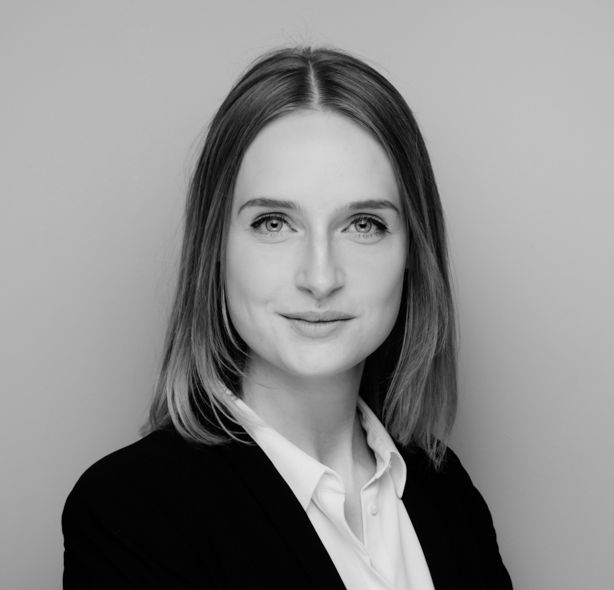 Nora Ziegler
Subscribe to our newsletter and stay up to date with news and events.