Brazil on its way to becoming a potential Hydrogen Powerhouse

The training for political stakeholders and their debate about these concrete questions came right in time for the country: Following the world dynamics and benefitting from the country’s strategic location, which is advantageous for a significant role in the global hydrogen market, Brazil is getting ready to integrate hydrogen into its energy matrix. Industrial Hubs are being created in port areas such as Pecém in the Northeast or Açu Port in the state of Rio de Janeiro. Big companies such as White Martin invest in order to take advantage of Brazil´s full potential regarding geolocation and abundance in natural resource and boost the export as well as national use of hydrogen.

At the same time, the government has recognised the importance of hydrogen for the energy future of the country. The Brazilian National Energy Plan 2050 issued by the Brazilian Ministry of Mines and Energy in December 2020, identifies hydrogen as a disruptive technology, capable of changing the energy market by 2050. Hydrogen could help to store energy, decarbonise sectors that are normally hard to decarbonise and provide a certain flexibility to the energy market. In May 2021, the Brazilian National Council for Energy Policy (CNPE) published a resolution (Resolution No. 6/2021) determining that a working group integrating the Ministries of Science, Technology and Innovations, Regional Development, and Mines and Energy as well as the Energy Research Institute, should propose guidelines for the National Hydrogen Program within sixty days. First results are to be announced in mid-July.

Following the publication of the National Energy Plan, a ‘rainbow’ strategy considering hydrogen has been proposed in order to realise Brazil’s full potential. This means, that besides green hydrogen based on renewable energies, other input sources such as coal, natural gas or nuclear power could be considered for the hydrogen production as well. However, the training laid out that even if green hydrogen is not cost competitive in the short run, it plays a vital role in the successful energy transition.

Looking at Brazil’s potentials for green hydrogen, the country’s energy matrix consists of around 80% renewables and is one of the cleanest in the world. This abundance in natural energy resources could allow the country to eventually become a major green hydrogen producer. Brazil has vast freshwater resources needed for electrolysis process – as well as untapped solar and wind resources. A challenge is that those wind and solar energy plants are mostly located in the northeast of the country, a region without enough freshwater sources. For the electrolysis in the hydrogen production process, energy-intensive desalination plants would have to be put in place.

Precisely by the time that such strategic considerations become key questions for Brazilian decision makers, the German-Brazilian Cooperation for Sustainable Development, implemented by Deutsche Gesellschaft für Internationale Zusammenarbeit (GIZ) GmbH, brought another edition of the “Green Hydrogen & PtX Training” to Brazil. Cooperation projects of GIZ in the area of energy offered the training in cooperation with the International PtX Hub to their partner institutions. Apart from the actors involved in the current work on the guidelines, also institutions from the sectors of energy regulation, vocational education and aviation participated, the latter being partners of the ProQR project. This initiative focusses on Sustainable Aviation Fuels produced from green hydrogen (PtL SAF) and represent a concrete form of Power-to-X to be piloted in Brazil within this project.

The training consisted of two days of studies on technical and economic aspects. On the third day’s interactive transfer workshop, the participants analysed the national context and made recommendations for potential guidelines. A study by the Ministry of Mines and Energy (MME) on sector mapping, soon to be published, served as a basis for the exchange.

The participants discussed e.g. the use of Power-to-Liquid Fuels in the national and international transport sector, replacing fossil fuels used in heavy duty street transport, aviation and maritime transport, which up to now are strongly emitting sectors. Also, the potential of hydrogen for green ammonia production was highlighted, as it can be used for carbon-neutral fertilizer production in the significant Brazilian agricultural sector, replacing nitrogen-based fertilisers such as urea in the long run.

Moreover, the training emphasised the sustainability aspects in the future value chains, for example the exploitation of waste as well as regional or local vocations that can provide a variety of ways of production and use of hydrogen and Power-to-X products.

Overall, the training provided the participants with new insights about green hydrogen and PtX and stimulated the political actors to pose the key questions when developing the strategy for a hydrogen economy, defining stakeholders and responsibilities.

Hopefully, the training could provide one building block in this process. The International PtX Hub is looking forward to the publication of the hydrogen guidelines announced for mid-July and their further impact within the ambitious Brazilian National Energy Plan 2050.

To learn more about the training, please visit Training on Green Hydrogen and PtX.

Contributors to this article are Thomas Elmar Schuppe and Elisabeth Kriegsmann. 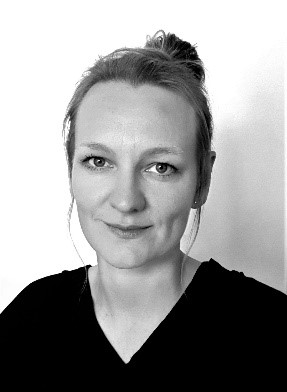 Ruth Barbosa
Subscribe to our newsletter and stay up to date with news and events.